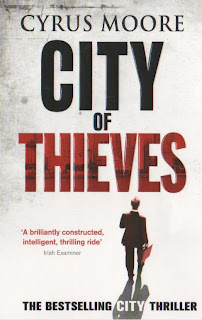 Cyrus Moore’s book ‘The City of Thieves’ shows the murky insider dealings of price fixing and how the big broking houses fix share prices for their own and their clients gain. The lengths that these broking houses can go to, to achieve their goals makes this book worth a read.

The story, set in London, is about Nic Lamparelli a journalist who is hired as a research analyst for a telecom practice. Nic soon becomes a sharp and insightful analyst whose views and analysis of companies can move the share prices of the companies. He rises through the ranks to reach the pinnacle of his profession, and soon he has a high flying career in the city, with a reputation as one of the bank’s star analysts. But things change for him soon enough when Nic is pressurized to raise his call on a particular share which his bosses are fixing with their clients to make a killing on the insider prices. Nic refuses to play along and soon whatever Nic has managed to build starts to crumble right in front of his eyes. But in the face of everything can he hold true to his principles?

A very interesting and novel concept which shows the Armani suited villains of the financial markets in their true light. The villains may not be larger than life like Gordon Gekko but stay true to his mantra of ‘Greed is good’

A controversial page-turning thriller set in the days leading up to the credit crunch, City of Thieves is the novel that lifts the lid on city life.

Cyrus Moore is the writing name for Cyrus Mewawalla, a leading City analyst. After twenty years’ experience in the City, Cyrus left corporate banking to set up independently. In 2006 Bloomberg ranked him the number one telecom analyst in the UK. He lives in London with his wife and two children. 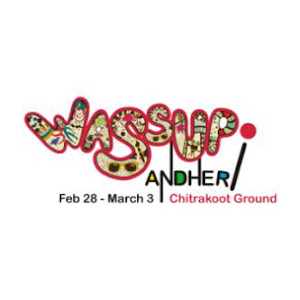